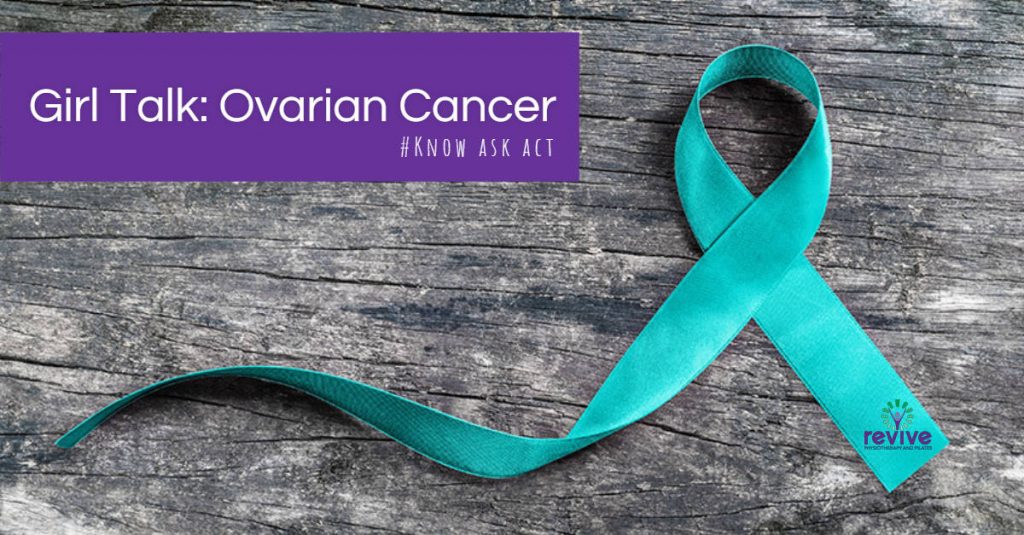 Ovarian cancer is still the deadliest women’s cancer. Unfortunately, this has not changed in 30 years. Every day in Australia, four women are diagnosed with ovarian cancer and three will die from the disease. This year, it is estimated that 1,580 Australian women will be diagnosed with ovarian cancer and a further 1,047 women will die from the disease. Unfortunately, there is no early detection test available, so raising awareness of the disease – particularly signs, symptoms, and risk factors – is essential.

What is ovarian cancer?

Ovarian cancer is a disease where some of the cells in one or both ovaries start to grow abnormally and develop into cancer.

The ovaries are two small, almond-shaped organs that are part of the female reproductive system. Each ovary measures about 2-4cm across and they sit on either side of the uterus.

Each ovary contains cells that eventually develop into eggs. The ovaries also produce the hormones oestrogen and progesterone, which regulate your menstrual cycle and help you to develop the body characteristics that make you female.

There are four main types of ovarian cancer which are named after the type of cells in the ovary where the cancer begins growing.

Because there is no early detection test for ovarian cancer, every woman needs to know the signs and symptoms. Make sure you do!

Ovarian cancer can be difficult to diagnose because the symptoms are ones that many women will experience from time to time and are often symptoms of more common, less serious health issues. However, women who are diagnosed with ovarian cancer most frequently report four types of symptoms:

Ovarian cancer is NOT a silent disease. If you are experiencing any of those symptoms, they are new for you, and you have experienced them multiple times over a 4-week period, then it is essential you visit your GP.

Other symptoms to be aware of include:

Be aware, but not alarmed!

There are several tests available to assist in the diagnosis of ovarian cancer. These include:

Always remember that you know your body better than anyone else, so always listen to your body and trust your instincts. If you are not satisfied with your doctor’s diagnosis or you are still experiencing persistent, unexplained symptoms, be sure to seek a second opinion.

Treatment of ovarian cancer is best managed by a gynaecological oncologist. It usually involves a combination of surgery and chemotherapy. Less often, it may also include radiotherapy.

The first treatment for ovarian cancer is usually an operation called a laparotomy. The laparotomy usually begins with the surgeon performing a biopsy of the tumour to confirm the diagnosis of cancer, as well as more information about the type and extent of your cancer. This is followed by removal of the ovaries and other surrounding tissues as required.

Following surgery, most women with ovarian cancer will require chemotherapy to slow or stop the growth of cancer cells. Even though most of the tumour may have been removed during surgery, there may be some cancer cells left and chemotherapy will help to stop them actively growing.

The causes of ovarian cancer are currently unknown, however there are some factors that may increase a woman’s risk of developing ovarian cancer. These include:

KNOW the signs and symptoms of ovarian cancer.

ASK for help if you have symptoms, or ask others if they know the symptoms of ovarian cancer.

ACT by hosting an Afternoon Teal or donating so that Ovarian Cancer Australia can continue to support women with ovarian cancer.

To help with #KnowAskAct, Ovarian Cancer Australia have created the following infographic to highlight important information about ovarian cancer:

Remember that early detection leads to greater outcomes, so always listen to your body and contact your health care practitioner if you have any concerns. You can find more helpful resources over at the Ovarian Cancer Australia website, including Need to know signs, and an Awareness poster.

We are Here to Help! Booking Online is the most convenient way to lock in the clinician & time you want.